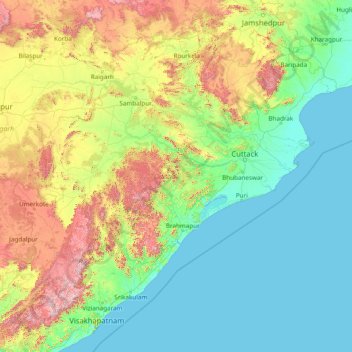 Three-quarters of the state is covered in mountain ranges. Deep and broad valleys have been made in them by rivers. These valleys have fertile soil and are densely populated. Odisha also has plateaus and rolling uplands, which have lower elevation than the plateaus. The highest point in the state is Deomali at 1,672 metres in Koraput district. Some other high peaks are: Sinkaram (1,620 m), Golikoda (1,617 m), and Yendrika (1,582 metres).